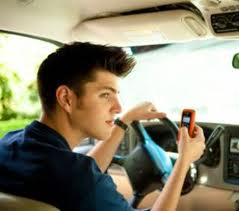 While significant attention has been paid to preventing drunk driving accidents in Texas, lawmakers have focused little on the increase in catastrophic car accidents caused by texting while driving. The Pew Center for Research has reported that half of adults who use the text messaging feature on their cell phones have either sent or read a message while driving. Similarly, the National Highway Traffic Safety Administration has indicated that texting while driving has increased 50% in the last year alone, with close to half of drivers under 25 admitting that they have texted while behind the wheel. Unfortunately, the majority of this surveyed age group does not fall under the Texas ban on texting while driving, which only prohibits drivers under the age of 18 from using cell phones while operating a motor vehicle. If you have suffered injuries in a Texas car accident caused by another driver’s inattention or negligence, contact our experienced car accident lawyers at Bandas Law Firm today.

TEXTING WHILE DRIVING ACCIDENTS ON THE RISE

Statistics show that one in four (26%) of American teens old enough to drive say they have texted while driving, and nearly half (48%) of all teenagers aged 12 to 17 say they have been a passenger while a driver has texted behind the wheel of a car. This information is concerning, particularly because reports suggest that drivers who use any kind of hand-held device are four times more likely to get into a car accident severe enough to cause injuries. Despite the fact that teens and even adults believe they can use a cell phone without taking their attention away from the road and other drivers, using a cell phone while driving – whether it’s a hands-free or hand-held device – delays a driver’s reaction time so much so that it is equivalent to having a blood alcohol concentration of 0.08% – the legal limit in Texas.

Despite the fact that a study conducted by the AAA Foundation for Traffic Safety indicates that 87% of people consider using a cell phone while driving to be a “very serious” safety threat, this important public opinion is not represented in the state’s laws against texting while driving. In fact, in a June 2011 veto on a bill banning all texting while driving, Texas Governor Rick Perry called the initiative a “government effort to micromanage the behavior of adults.” In the face of inadequate legislation prohibiting texting while driving for all Texas drivers, the rate of accidents and accident-related fatalities linked to texting while driving is on the rise in the United States. If you have been injured in a car accident in Texas due to another driver’s texting while driving, our qualified car accident lawyers at Bandas Law Firm can help. Contact our Corpus Christi law firm today to discuss your legal options, and our car accident attorneys can help you pursue the compensation you deserve for your injuries.