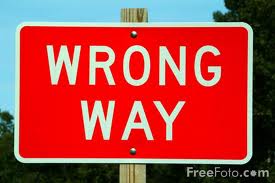 Just last week, there were two serious car accidents in the Dallas area caused by wrong-way drivers, and while there were thankfully no deaths in these particular instances, the collisions do bring attention to a larger problem. “These are just two of the many recent examples of wrong-way accidents in the Dallas area,” said a Dallas-area car accident lawyer. “Because wrong-way accidents are often head-on collisions, these victims are very fortunate to even be alive.” If you have suffered injuries in a Texas wrong-way accident, or another type of car accident in Texas, contact our experienced motor vehicle accident lawyers at Bandas Law Firm as soon as possible. Our car accident attorneys have years of experience helping to protect the rights of car accident victims in Texas, and can help you pursue the compensation you deserve for your injuries.

PREVALENCE OF WRONG-WAY ACCIDENTS IN TEXAS

Two people were hospitalized when a car exited in the wrong direction on the ramp from Irving Boulevard onto Highway 183 in Irving, Texas. According to police reports, the collision occurred just before 2:30 a.m., and authorities are unsure how long the driver was traveling in the wrong lane before being involved in the accident. Another wrong-way accident occurred just a few days later, when a car traveling the wrong way on Interstate 45 hit a truck head-on at around 2:00 in the morning. The driver of the wrong-way vehicle was transported to the hospital, while the truck driver was uninjured in the head-on collision.

In response to the increasing risk of wrong-way accidents, the Texas Department of Transportation launched an investigation into the issue earlier this month. According to the TxDOT, there were 329 wrong-way accidents in Texas in 2011, and approximately 350 people die across the country in this type of accident every year. While authorities do not yet know if these recent wrong-way collisions were caused by alcohol or drugs, the TxDOT investigation found that in nearly 75% of these types of crashes, the wrong-way driver was operating their vehicle while impaired.

Operating a motor vehicle is already inherently dangerous, and when drivers do so under the influence of drugs or alcohol, the results are sure to be devastating. Given the time of day in which both of these Texas wrong-way collisions occurred, it wouldn’t be surprising to learn that alcohol or drugs played a role in the crashes. Now that awareness has been raised about the risk of wrong-way accidents, the TxDOT plans to focus on ways to prevent these types of collisions from occurring. Law enforcement will begin testing a radar system that will alert authorities to any vehicles traveling in the wrong direction on Texas roadways, in hopes of catching the offending drivers before an accident occurs. If you have been injured in a Texas car accident, your first course of action should be to enlist the help of our skilled car accident attorneys at Bandas Law Firm. Our law firm is located in Corpus Christi, and we can help you seek fair and timely reimbursement for your injuries and protect yourself from further harm.