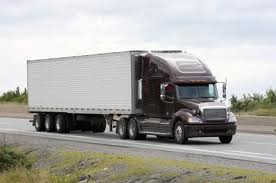 A devastating multi-vehicle collision took place on Interstate 20 last month in Eastland County, eight miles east of Ranger, Texas. According to the Texas Department of Public Safety, the collision occurred at 1:47 pm, when a large truck traveling east down a steep grade lost control of his vehicle, traveled over the concrete barrier, overturned and struck two vehicles traveling west on I-20. Four people were killed in the collision, including a 3-year-old passenger of one of the vehicles struck by the semi-truck, and three others were injured. If you have suffered injuries in a serious trucking accident in Corpus Christi, or elsewhere in Texas, consult our knowledgeable truck accident attorneys at Bandas Law Firm today to discuss your legal options.

In addition to the four fatalities resulting from the trucking accident, three other people were injured in the major collision. Henry’s passenger in the pickup truck, 62-year-old Janet C. Henry, was treated for her injuries and released at John Peter Smith Hospital in Fort Worth, Texas. Travis Devon Justice, 25, who was a passenger in the big-rig, was taken to Harris Methodist Hospital in Fort Worth for treatment. The driver of the tractor-trailer, Hallahan, was also taken to Harris Methodist Hospital to be treated for the injuries he sustained in the trucking accident, which is now under investigation by Texas Highway Patrol Trooper Robert McGrath.

According to Texas authorities, the weather was clear and the road was dry when the deadly Texas truck accident took place, which means there must have been another factor that caused the truck driver to lose control of his big-rig. Unfortunately, driver distraction and driver fatigue are common causes of tragic trucking accidents, due to the significant amount of time truck drivers spend on the road without adequate breaks. If you have sustained trucking accident injuries in Texas, or if you lost a loved one in a fatal wreck, contact our qualified lawyers at Bandas Law Firm for legal help. You may have grounds to file a personal injury or wrongful death lawsuit against the allegedly negligent truck driver, in order to pursue financial compensation for your losses.