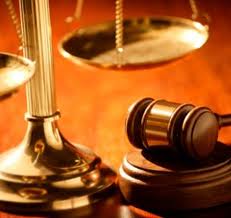 In the aftermath of a devastating explosion at a fertilizer plant in West, Texas, a number of lawsuits have been filed against the owners of the plant, claiming that negligence led to the blast, which has blamed for at least 14 deaths and 160 injuries. Others possibly injured or killed in the deadly explosion remain unaccounted for, and information has been released indicating that a cloud of ammonia gas released in the explosion could cause chemical burns. The blast affected much of downtown West, Texas, a town of about 2,800 residents, and many homes and businesses were severely damaged. An apartment complex was destroyed in the explosion and there was significant damage to an adjacent middle school and nursing home.

Andrea Jones Gutierrez filed a complaint in McLennan County District Court this week, against Adair Grain Inc., which owned the fertilizer plant that exploded on the evening of April 17. Gutierrez was a resident of an apartment complex that was destroyed in the devastating explosion, which occurred shortly after a fire broke out at the fertilizer plant. According to Gutierrez, who is a single mother, she lost her family’s belongings in the blast and is seeking up to $1 million in compensation from Adair Grain Inc. Adair Grain Inc., which does business as West Texas Fertilizer Co., also faces a personal injury lawsuit from Bridgett Bowles and her husband, Roger, filed in 170th State District Court in Waco, Texas. According to Bowles, her jaw was broken by the explosion, which also blew out her eardrum, and she is also seeking damages for lost property.

A third lawsuit has been filed against the owner of the West, Texas fertilizer plant, on behalf of two churches and several businesses, and well as their insurance companies, seeking damages for destruction caused by the explosion. The plaintiffs are still assessing how much was lost in the blast, which they are alleging was caused by negligent operation of the facility that led to an unreasonably dangerous environment. The investigation into the fire and explosion at the Texas fertilizer plant has not yet revealed a definitive cause of the accident, but the plant did hold a whopping 270 tons of ammonium nitrate and 110,000 pounds of anhydrous ammonia, both of which are extremely explosive substances. Anhydrous ammonia can be set off by water, and the explosion occurred after firefighters responded to the initial fire at the plant.

According to the Department of Homeland Security (DHS), fertilizer plants and depots are required to report to the agency when they hold 400 pounds or more of ammonium nitrate. West Fertilizer Co. was licensed to store only 25 tons of the substance, and the 270 tons reportedly on-site at the time of the explosion has spurred concerns about incomplete disclosure and improper handling of chemicals on the part of the fertilizer company. If you have been suffered injuries in a Texas accident that you believe was caused by the negligence of another person or party, contact our reputable attorneys at Bandas Law Firm today. With our knowledgeable lawyers on your side, you may be able to pursue compensation for your injuries and medical expenses by filing a personal injury lawsuit against the allegedly negligent person or party.