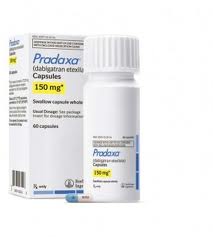 A federal judge who recently dismissed a class action suit filed against the makers of Pradaxa has allowed plaintiff Mark A. Jackson, of Louisiana, to continue with an individual claim involving “severe and life-altering injuries” allegedly caused by the drug maker’s failure to warn about the risk of bleeding side effects potentially associated with Pradaxa. Jackson originally filed the complaint in May 2012, claiming that he suffered a serious bleeding side effect in February 2012, after starting Pradaxa treatment in 2010 at the direction of his physician. If you took the anticoagulant Pradaxa, and you have since suffered internal bleeding complications or another serious side effect, contact our defective drug attorneys at Bandas Law Firm today to explore your possible compensation options.

The blood thinner Pradaxa (dabigatran) was introduced by Boehringer Ingelheim in October 2010, and was immediately touted as a superior alternative to warfarin for the prevention of stroke. In marketing its anticoagulant, the drug company claimed that Pradaxa was easier to take and required less medical monitoring. However, plaintiffs in Pradaxa lawsuits filed against Boehringer Ingelheim have argued that the drug maker failed to adequately warn about the risk of internal bleeding side effects associated with Pradaxa, or to disclose that there is no reversal agent for the anticoagulant, which would allow doctors to stop hemorrhage or bleeding events that may develop in Pradaxa patients.

Unlike warfarin, whose adverse effects can be quickly reversed with a dose of vitamin K and plasma, there is currently no reversal agent for Pradaxa, which may put patients taking the blood thinner at risk of life-threatening bleeding events. In an order issued late last month, Chief District Judge David R. Herndon denied a motion filed by Pradaxa maker Boehringer Ingelheim to dismiss all counts in Jackson’s suit. In turn, Herndon ruled that Jackson will be permitted to move forward with his individual claims involving failure to warn and defects associated with the design and promotion of the controversial blood thinner Pradaxa.

While Judge Herndon dismissed Jackson’s class action claim, he did so without prejudice and noted that the plaintiff could amend the lawsuit and request class action status at a later date. Judge Herndon is currently presiding over more than 1,100 lawsuits filed over potential Pradaxa-related injuries that have been filed in U.S. District Courts throughout the country and centralized for pretrial proceedings as part of a multidistrict litigation (MDL). All of the Pradaxa complaints involve similar allegations that Pradaxa caused serious or fatal injuries when doctors were unable to reverse the blood thinning effects of the anticoagulant. If you or a loved one has suffered a serious bleeding complication that you believe to be related to a potentially dangerous medication like Pradaxa, consult our skilled lawyers at Bandas Law Firm for legal help.