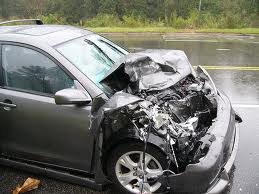 A Texas jury has found Domino’s Pizza partially liable for a 2012 wreck involving a delivery driver that resulted in the death of one woman and left her husband with brain damage. The jury agreed with the victims’ family that it was Domino’s fault the delivery driver was operating a car with allegedly bald tires, and awarded the family $32 million, ruling that Domino’s should have had inspection rules in place to keep potentially dangerous vehicles off Texas roads. According to the attorney representing the victims’ family, the multi-million dollar verdict is one of the largest handed down against the national pizza chain. If you have suffered serious injuries in a Texas car accident, or if you lost a loved one in a fatal collision that you believe was caused by the negligence of another person or party, contact our experienced attorneys at Bandas Law Firm today for legal help.

It was raining at the time of the deadly wreck, which took place in August 2012, and the delivery driver reportedly hydroplaned into oncoming traffic, slamming into Ruth and Devavaram Christopher’s vehicle. Ruth died at a hospital hours after the wreck, and her husband now suffers from brain damage as a result of the collision. According to the jury’s findings, Domino’s Pizza was 60% responsible for the fatal Texas car accident because it didn’t enforce its vehicle inspection policy with franchises. “Domino’s simply refused to enforce the basic safety rules for the safety of the vehicle, that gets back to the fact that we had a set of tires on this particular delivery vehicle that by everybody’s admission were unsafe, defective, dangerous,” said an attorney representing the victims’ family.

The Texas jury agreed with the plaintiff’s attorney, ruling that Domino’s doesn’t do enough to ensure that delivery drivers keep their cars safe. “What they actually give drivers is minimum wage and $1.40 per trip,” said the attorney. “Now, if you’re making a 9-minute trip, that $1.40 might and I mean might cover your gasoline, it’s not going to cover tires, oil, any other type of maintenance.” In addition to the allegedly bald tires, the attorney representing the victims’ family says that Domino’s promise of delivery in 30 minutes is also to blame for the tragic car accident. “We also learned that Domino’s enforces a tragically unsafe delivery method by providing bonuses and other incentives for fast delivery,” he said.

“If it’s too easy for Domino’s to write a check to cover up a safety problem, then the problem never gets fixed,” said an attorney for the victims’ family. Hopefully a verdict in excess of $30 million, maybe that will get their attention.” If you or a loved one has been injured in a motor vehicle accident in Corpus Christi, or elsewhere in Texas, consult our knowledgeable lawyers at Bandas Law Firm to discuss your options for legal recourse. Our attorneys have years of experience protecting the legal rights of car accident victims throughout Texas, and can help you pursue the financial compensation you deserve for your injuries, medical expenses, and pain and suffering.