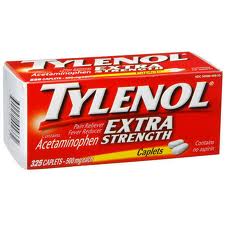 In a much-anticipated move, the U.S. Food and Drug Administration (FDA) has finally revoked approval for generic versions of prescription pain medications like Percocet and Vicodin, which contain large amounts of acetaminophen, the active ingredient in Tylenol. The FDA action is the latest in a series of approval withdrawals for combination painkillers that contain more than 325 milligrams of acetaminophen, which has been linked to an increased risk of liver damage and liver failure side effects. If you took Tylenol in the past, and you have since suffered liver damage or liver failure, consult our qualified Tylenol attorneys at Bandas Law Firm today.

Acetaminophen-based medications like Tylenol are some of the best-selling pain relievers on the market, and are widely believed by consumers to be safe to use. However, the FDA has identified acetaminophen overdose as the leading cause of liver failure in the United States, resulting in an estimated 56,000 emergency room visits, 26,000 hospitalizations and 450 deaths every year. According to the FDA, acetaminophen drugs prescribed in large doses can result in devastating liver damage and possibly even liver failure, and it remains unclear if combination drugs containing more than 325 mg of acetaminophen in each tablet actually provide any health benefits for patients.

It was in January 2014, that the FDA first issued the warning regarding the liver damage risks potentially associated with combination acetaminophen drugs like Vicodin and Percocet. In the warning, the agency advised medical professionals to discontinue prescribing combination drugs that contain more than 325 mg of acetaminophen, due to an increased risk of potentially life-threatening liver failure. According to the FDA, “exceeding the maximum recommended dose of acetaminophen can cause serious liver injury – even death.”

OUR EXPERIENCED TYLENOL LAWYERS CAN HELP

In response to concerns about acetaminophen overdose and Tylenol liver damage side effects, the FDA announced new limits on acetaminophen levels in prescription painkillers in 2011, and, in turn, Johnson & Johnson reduced the maximum daily recommended dosage on Extra Strength Tylenol and other acetaminophen-containing products. However, the risk of liver failure from Tylenol use remains a serious public health issue – one that many consumers are unaware of. If you believe you have been adversely affected by side effects of a potentially dangerous medication like Tylenol, contact our knowledgeable Tylenol lawyers at Bandas Law Firm to discuss your legal options.