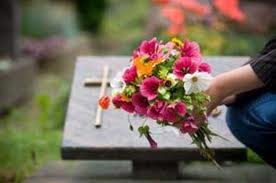 Two young children were killed and their parents were injured in a devastating wrong-way car accident earlier this month, when a suspected drunk driver crossed the center line on Loop 259 outside Kilgore and collided with their vehicle. The suspected drunk driver was operating an oilfield truck at the time of the deadly wreck, and has since been charged with two counts of intoxication manslaughter. If you have suffered serious injuries in a Texas car accident, or if you lost a loved one in a fatal wreck with another driver, contact our reputable attorneys at Bandas Law Firm today. You may have grounds to file a personal injury or wrongful death suit against the at-fault driver, in order to seek fair and timely reimbursement for your losses.

According to the Kilgore Police Department, the fatal car accident took place around 1 a.m. on July 10, just outside the Kilgore city limits, near Dudley Road. Troopers say the family was traveling northbound on Loop 259 in their minivan when the father, 42-year-old Katenbhai Patel, spotted an oilfield truck heading south in the northbound lane of the highway. Patel attempted to take evasive action to avoid a head-on collision, but ended up striking the truck, which was being driven by 22-year-old Shelby Taylor.

Two children, 6-year-old Ryera Patel and 12-year-old Trish Patel, were laying on a blanket in the back seat of the minivan when the collision occurred, and both died from their injuries. The children’s father was transported to Good Shepherd Hospital in Longview with non-life threatening injuries, and their mother, 43-year-old Heena Patel, was transported to the same hospital, where she was listed in critical condition. A passenger in Taylor’s vehicle, Sara Furlong, was also transported to a local hospital, where she was treated and released.

The investigation into the cause of the deadly Texas car accident is ongoing, and Taylor, who has a previous arrest on her record for driving under the influence of alcohol (DUI), has been arrested and charged with two counts of intoxication manslaughter in the deaths of Ryera and Trish Patel. If you have been injured in a car accident in Corpus Christi, or elsewhere in Texas, consult our knowledgeable lawyers at Bandas Law Firm for legal help. Our law firm is located in Corpus Christi, and our lawyers have years of experience protecting the rights of car accident victims and their families throughout the state of Texas.