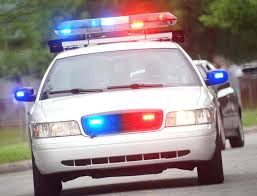 The family of a Texas biker slain in a shootout outside of a Waco restaurant is suing the restaurant’s parent company for negligence. According to the lawsuit filed by the widow of Jesus Delgado, on May 17, Twin Peaks recklessly hosted a meeting of motorcycle clubs after warnings from police of tensions between the two biker gangs. The widow of Jesus Delgado Rodriguez, Mary Rodriguez, is seeking unspecified damages and a jury trial. She says her husband’s death was “something that shouldn’t have happened,” and, “I think the police should have stopped it.”

According to a preliminary autopsy report, Rodriguez died from gunshot wounds to the head and torso.The 65-year-old man known as Mohawk, and was a decorated Vietnam War veteran with no criminal history. He was one of nine bikers killed in the shootout, that authorities say stemmed from a confrontation between the Cossacks and Bandidos. The Texas Department of Public Safety defines both groups as gangs. Among those killed, eighteen others were injured, and 177 people were arrested and held on $1 million bonds, based on charges of engaging in organized criminal activity.

As to who fired the bullets that struck the nine who were killed, the results of the autopsies and ballistic analyses have not been made public. All but four people of those arrested have been released, mostly on reduced bonds, and there has been no indictment. Waco Police spokesman Sgt. Patrick Swanton stated that the Waco police became aware of rising tensions between the Cossacks and the Bandidos in March. According to the lawsuit filed by Mary Rodriguez, authorities confronted Twin Peaks’ management with concerns about the restaurant hosting a meeting of the Confederation of Clubs and Independents, a coalition of motorcycle clubs that advocates rider safety, but Twin Peaks failed to cancel the event. On the date of the event, police attempted to enter the restaurant, but were blocked by management. The lawsuit says that state and local authorities then occupied positions outside the restaurant, including on the rooftop of a neighboring restaurant, Don Carlos. In May, Don Carlos filed a lawsuit seeking at least $1 million to compensate for lost profits and property damage.

Losing a loved one due to the negligence or recklessness of another person is devastating in and of itself. Unfortunately, the emotional suffering and financial burden resulting from the death of a family member and the associated medical and funeral costs can cause further difficulties for the family of the wrongful death victim. If your family member was killed by another person’s wrongdoing, contact the Corpus Christi wrongful death attorneys at Bandas Law Firm today. Filing a wrongful death claim in Texas can be a complicated process, especially for someone without a background in personal injury law. The main goal of the lawyers at Bandas Law Firm is to ensure that your legal rights, and the rights of your loved one, are protected during this difficult time.