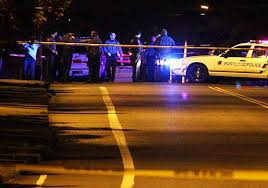 Austin Authorities have charged Zachary Torres, age 25, with intoxication manslaughter for a deadly accident that killed his passenger. Police stated that Torres was behind the wheel of a black Kia Sedan and was speeding northbound on Interstate 35 around 7 p.m. That’s when Torres lost control of his car and the Kia slid across the median, the frontage road, and over the curb into a wooden utility pole.

According to the arrest affidavit, the utility pole was snapped in two by the accident and the car eventually stopped at the top portion of the utility pole that was still suspended by wires. Police identified the passenger in the front seat as 24-year-old Marynn Vilarino. Police said she was seriously injured in the crash and died a few minutes later at Breckenridge Hospital.

WITNESSES CLAIM HE WAS SPEEDING

Torres told Austin Police that he had consumed 8-10 beers while tubing and smoking marijuana. Police said Torres also admitted to taking “a sip” of Fireball whiskey. Torres told police a car cut him off and applied his brakes to keep him from hitting the car, which made him then lost control. Police said no witnesses backed up his story.

Torres is being held on a charge of second-degree intoxication manslaughter. He has a bond of $75,000 and will have to wear an ankle monitor and is not allowed to drive a car if he is released on bond.

Like other states, Texas allows its citizens to sue for wrongful death. When someone is killed, his spouse, parents, or children may bring the wrongful death suit against the other party. Texas law does not allow siblings to initiate wrongful death lawsuits. It is also important to remember that in Texas there is a statute of limitations for wrongful death claims. You must file your claim within two years of the death, or you will not be able to file one at all. Like other personal injury claims, you will either argue that the damage was intentional or due to negligence.

Reckless behavior is a lower liability than intentional behavior but a higher liability than negligence. To prove recklessness, you must show that the defendant unnecessarily engaged in behavior that posed a risk to other people. You can either do this by proving that the defendant was aware that he was putting other people’s safety at risk or that a reasonable person would assume this behavior would put others at risk.

Driving while under the influence of drugs or alcohol is dangerous, irresponsible, and illegal. If car accident fatalities were caused by an individual who was driving under the influence, it may be possible to argue that he was acting recklessly and putting other lives in danger.