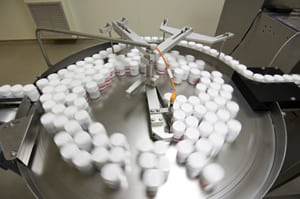 According to the “learned intermediary doctrine,” a defense doctrine commonly used in the U.S. legal system, a pharmaceutical drug firm is only responsible for warning a “learned intermediary” – i.e. a doctor – about the potential side effects of its drug, and the duty then falls to the doctor to pass these risks on to the consumer. The Texas Supreme Court has just held that the learned intermediary doctrine generally applies in the context of a physician-patient relationship, thereby allowing a drug manufacturer to fulfill its duty to warn users of the potential side effects of its product by providing a sufficient warning to the prescribing physician alone. Unfortunately, when drug companies are only required to provide doctors with side effect warnings, without having to warn consumers directly, this increases the risk of consumers suffering from side effects they had no knowledge of. If you have experienced a serious drug side effect, contact our experienced drug injury lawyers at Bandas Law Firm today.

The learned intermediary doctrine is one of the most important defenses available to manufacturers of drugs and medical devices, and continues to be a viable defense in many jurisdictions. The learned intermediary doctrine recently arose in a Texas case in which a couple filed a pharmaceutical liability lawsuit against Centocor, the manufacturer of the medication Remicade. In the lawsuit, the plaintiffs claimed that Centocor failed to adequately warn about the risk of developing a lupus-like syndrome as a side effect of its drug. In particular, the plaintiffs alleged that the drug firm distributed a video program for patients and consumers that misrepresented the benefits and risks associated with the drug.

The Texas Supreme Court however, held that the learned intermediary doctrine applies to this case, given that the plaintiff was prescribed and acquired the medication in the context of a physician-patient relationship. Because of this, the drug company owed no duty to warn the patient directly, and instead, could fulfill its duty by providing sufficient side effect warnings to her doctors alone. The court also found that, even assuming Centocor’s warnings to the prescribing physician was inadequate, the plaintiff still failed to provide evidence that the inadequate warning was the cause of her injuries. Because it was undisputed that all of the plaintiff’s physicians were aware that Remicade could cause a lupus-like syndrome, the court determined that there was no evidence that the plaintiff’s doctors would have acted differently had the drug company provided additional information about the potential for the side effect to occur.

In the lawsuit, the plaintiffs urged the court to adopt an exception to the learned intermediary doctrine for situations involving direct-to-consumer advertising. According the plaintiffs, when a drug manufacturer chooses to directly market its product to patients, the manufacturer should have a duty to present non-misleading information about the medication, and should be liable for any fraudulent or intentionally misleading marketing. Unfortunately, the court refused to apply such an exception, finding that the plaintiff’s alleged harm was not caused by Centocor’s direct advertising. However, the court’s opinion did acknowledge that drug companies have dramatically increased their direct-to-consumer advertising, which leaves open the possibility of applying a direct-to-consumer exception under the right circumstances.