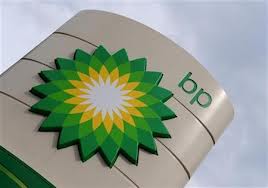 Negotiations on criminal and civil penalties related to the 2010 Deepwater Horizon blast and BP oil spill have been dragging on for months, but the two sides have reportedly come closer to a settlement agreement in the last two weeks. A settlement would resolve BP’s largest remaining liability from the oil rig explosion that resulted in the death of 11 workers and led to the worst offshore oil spill in the history of the United States. There are billions of dollars at stake in the potential settlement, which could mean critical compensation for five states affected by the BP spill that flooded the Gulf of Mexico with 4.9 million barrels of crude oil. If your business has suffered economic losses as a result of the 2010 oil rig blast and BP spill, contact our BP oil spill lawyers at Bandas Law Firm to discuss your legal options. Our skilled BP oil spill attorneys are offering free claim reviews throughout Texas, Mississippi, Louisiana, Florida and Alabama, so don’t hesitate to protect your legal rights.

A key point of contention in the potential BP settlement includes to what degree the oil company was negligent, which directly impacts the scale of damages. States in the Gulf Coast are also concerned about which laws the government will use to determine the penalties against BP, which could affect where the money from the settlement goes and how it is ultimately spent. According to the Clean Water Act, BP could be held liable for between $5.4 billion and $21 billion in civil penalties, depending on whether or not the oil company is found to have been grossly negligent in the disaster. A high settlement in that range could imply some negligence on the part of BP, and could encourage Gulf Coast plaintiffs with pending lawsuits to seek higher awards for damages.

The Justice Department also has a say in the settlement, and will decide whether to levy fines against BP through a provision of the Oil Pollution Act called the Natural Resource Damage Assessment. Some Gulf Coast states are against heavy use of the Oil Pollution Act however. While damages awarded under the Clean Water Act can be used to cover economic losses, those imposed under the Oil Pollution Act must be used for environmental remediation, and the majority of these damages would likely go to Louisiana. If you have a business in Texas, Florida, Mississippi, Alabama or Louisiana, and you have suffered considerable economic loss because of the Deepwater Horizon explosion and BP oil spill, consult our knowledgeable BP oil spill lawyers at Bandas Law Firm as soon as possible. Our law firm is located in Corpus Christi, and our qualified BP oil spill attorneys are offering free consultations to affected businesses throughout the Gulf Coast.