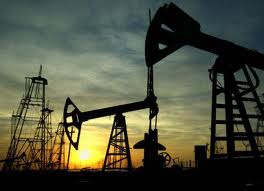 Two workers were killed and nine others were injured in a devastating explosion at an oil field in West Texas late last month. Authorities say the explosion was caused by a buildup of pressure that blew while workers were changing a wellhead at a drill site in Orla, Texas on April 30. The tragic oil field accident sheds light on the dangers of the oil and gas industry, and the rising rate of workplace fatalities occurring in oil fields in Texas and throughout the United States. If you have been injured in an oil field accident in Corpus Christi, or elsewhere in Texas, consult our skilled lawyers at Bandas Law Firm for legal help. With our experienced oil field accident attorneys on your side, you can protect your legal rights and pursue the financial compensation you deserve.

According to Loving County Sheriff Billy Hopper, authorities began receiving calls before 8:30 a.m. on the morning of the oil field accident about an explosion roughly 60 miles southeast of Carlsbad, New Mexico, at a well owned by RKI Exploration and Production. The workers killed in the explosion were reportedly using heavy machinery to switch out the wellhead when a build-up of pressure caused the well to blow. “Those wellheads are tremendously heavy pieces of equipment,” said Hopper, noting that the pieces can weigh more than 1,000 pounds. “There was no active drilling on location. Just a truck and one of these equipment things to take off the control head.” In addition to the tragic deaths of 46-year-old Amos Ortega and an unidentified El Paso man, another nine workers suffered injuries in the explosion, including lacerations and bruises.

The deadly West Texas oil field accident, which was the first oil-and-gas-related accident to take place in Loving County this year, has drawn public attention to the hazards oil field workers face on a daily basis. According to data from the Bureau of Labor Statistics, oil worker deaths increased dramatically during America’s drilling and fracking frenzy between 2008 and 2012, to an alarming 545 on-the-job fatalities, which is nearly eight times the average death rate for all other industries. If you have suffered injuries on the job in Texas, or if you lost a loved one in a fatal Texas oil field accident, contact our knowledgeable attorneys at Bandas Law Firm today. Our law firm is located in Corpus Christi, and our lawyers have extensive experience protecting the rights of oil field workers throughout the state of Texas.