For years, many military families were stationed at Camp Lejeune in North Carolina. But in the early 1980s, something went wrong.

It was discovered that specific volatile organic compounds (VOCs) had contaminated the drinking water at the base and that these VOCs could cause serious human harm. For years, the families stationed at Camp Lejeune have been fighting for justice, and finally, they are getting closer to answers.

In this blog post, we will discuss what happened at Camp Lejeune and how it has affected so many people's lives.

What are Volatile Organic Compounds?

Volatile organic compounds (VOCs) are chemicals that easily become vapors or gases. They are found in many household and industrial products, such as paints, cleaning supplies, adhesives, and solvents. VOCs can also be released into the air from burning gasoline or wood. 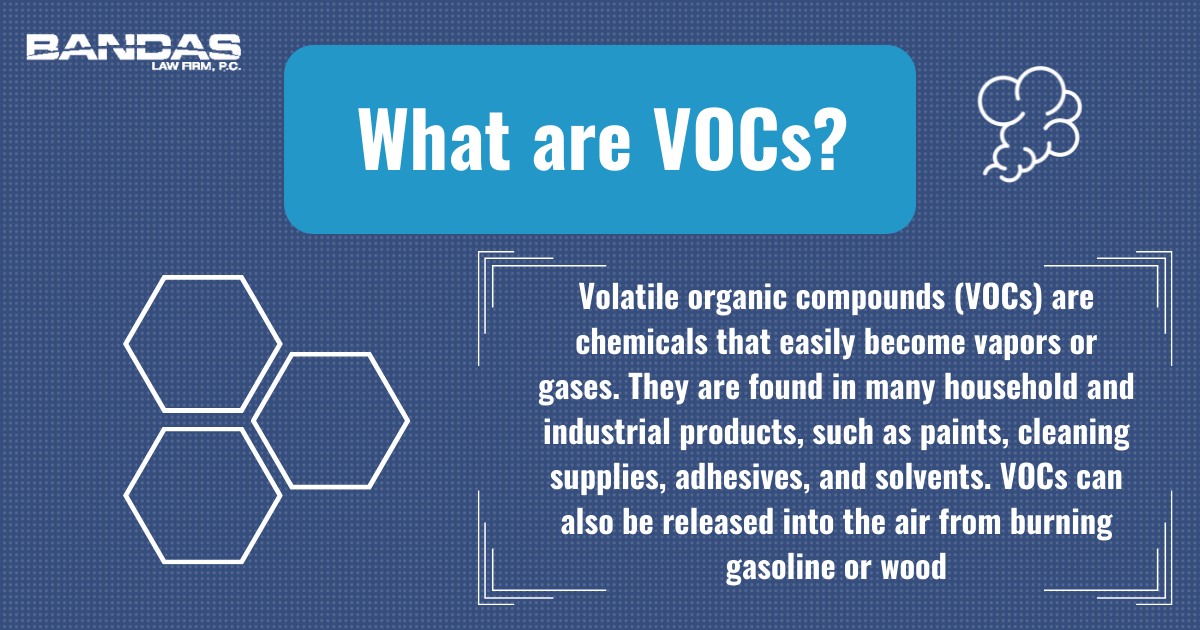 Some VOCs can cause health problems at high enough levels of exposure. These health problems can include damage to the liver, kidney, and central nervous system; cancer; and reproductive effects. People can be exposed to VOCs by breathing them in, drinking water that contains them, or coming into contact with their skin or eyes.

The Contamination at Camp Lejeune

In the early 1980s, it was discovered that two drinking water wells at Camp Lejeune were contaminated with VOCs. These VOCs had seeped into the groundwater from a nearby dry cleaning facility and an off-base fueling station. The wells were closed in 1984, but it is estimated that between 1957 and 1987, as many as one million people may have been exposed to the contaminated water.

VOCs Found in the Drinking Water at Camp Lejeune

The following toxic chemicals were found in two on-base water wells that were closed in 1985:

The Health Effects of Exposure

Studies have shown that exposure to the contaminated water at Camp Lejeune can increase the risk of developing certain health problems, including:

For years, the families affected by the contamination at Camp Lejeune have been fighting for justice. In 2012, Congress passed the Janey Ensminger Act, named after a nine-year-old girl who died of leukemia after being exposed to the contaminated water. The act provides healthcare for people who were exposed to the water and grants disability benefits to veterans who developed one of the above health conditions.

In 2016, the Department of Veterans Affairs (VA) began offering disability benefits to veterans with any of the above health conditions, even if they did not serve at Camp Lejeune. This is good news for the thousands of veterans and their families who have been affected by this tragedy.

If you or a loved one served at Camp Lejeune and has been diagnosed with a health condition that may be related to the water contamination, you may be eligible for benefits. For more information, please visit the Department of Veterans Affairs website or the Camp Lejeune Family Member Program site.

If you meet all of the following requirements, you may be eligible for disability benefits in the form of healthcare in addition to compensation.

Both of the following must be true: 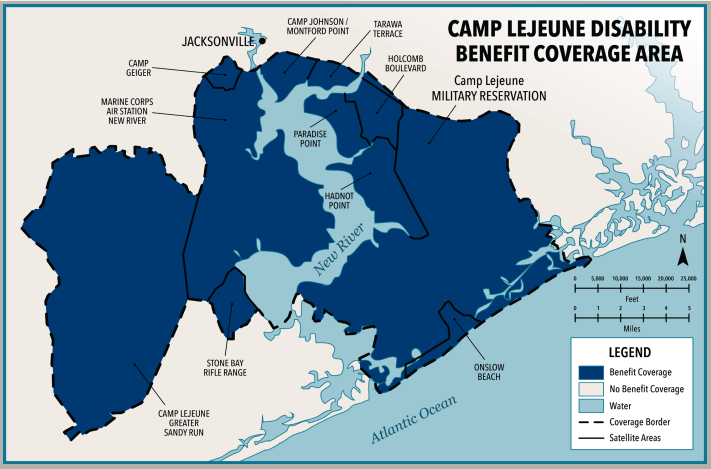 Graphic obtained from the VA

Additionally, you must receive a diagnosis of at least one of the following presumptive conditions:

How You Can Get the Benefits You Need

To determine whether you are eligible for benefits, you must file a claim for disability compensation and provide the following evidence (supporting documents):

With the help of a skilled personal injury attorney, you may file a claim in one of the following ways:

Keep in mind that when you file, you'll need to address that you are applying for at least one of the presumed Camp Lejeune conditions and provide evidence (such as a doctor's report or medical test results).

Veterans' Family Members May Also Qualify for Care and Compensation

If you are a veteran who served at Camp Lejeune or MCAS New River for no less than 30 cumulative days from August 1953 to December 1987, you and your family members may be eligible for benefits if you or your family members have been affected by one of the following conditions:

How to Receive Benefits as a Family Member

To qualify for benefits as a veteran's family member, you and your attorney must file a claim for disability compensation and provide the following pieces of evidence:

You will also need to provide proof that you took a loss on healthcare costs for your ailment during one of the specified time periods.

It is required that you provide proof of payment during one of the time periods below:

Additionally, you may want to ask your attorney if it is helpful to provide a Camp Lejeune Family Member Program Treating Physician Report (VA Form 10-10068b). Your doctor will need to fill out this form, and then you and your attorney will submit it to the VA. Doing so is not necessary, but it can provide useful information that can help determine whether you are eligible for benefits.

If You or Your Loved One Served at Camp Lejeune, We Can Help with Your Case

Suffering a medical condition as a result of the negligence of the United States military is unacceptable, and you deserve benefits for the losses you’ve sustained as a result. Don’t hesitate to reach out to our experienced attorneys right away if you have any questions.

Contact the skilled team at Bandas Law Firm, P.C. right away to discuss the details of your case. Give us a call at (361) 238-2789 or fill out the online contact form.