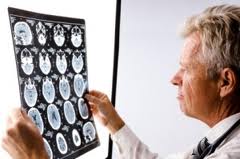 Numerous studies in recent years have addressed the serious complications associated with concussion injuries, but new research suggests that these injuries can cause more long-term harm to the brain than previously thought. According to the study, which is set to be published in the January 7 issue of the medical journal Neurology, patients who suffer a concussion resulting in mild cognitive impairment may face an increased risk of developing Alzheimer’s disease later in life. In fact, patients who sustained mild concussions were found to continue experiencing brain abnormalities more than four months after the incident, even after symptoms of the injury had completely subsided. If you have suffered a serious head injury or traumatic brain injury in Texas, consult our reputable attorneys at Bandas Law Firm to discuss your legal options.

According to the findings of this new study, older adults with a history of concussion and cognitive impairment showed a more significant build-up of Alzheimer’s disease-related plaques in the brain than those who suffered concussions or traumatic brain injury (TBI) in the past, with no memory problems. For the purposes of the research, head trauma was defined in the study as self-reported brain injury with temporary loss of consciousness or memory. In the study, researchers compared nearly 500 patients with no cognitive impairment to 150 patients experiencing mild cognitive impairment, including thinking and memory problems. Both groups involved in the research suffered concussions at approximately the same proportion, but those with associated cognitive impairment had a five-times higher risk of elevated plaque levels than those without.

Although research in the past has found a connection between severe head trauma – like traumatic brain injury – to Alzheimer’s disease, this new study suggests that even less severe concussions or head injuries may be a risk factor for the debilitating disease. There are more than five million older adults in the United States currently diagnosed with Alzheimer’s disease, which is the most common form of dementia and is associated with symptoms like memory loss, loss of verbal skills and deterioration of cognitive abilities. If you have suffered a serious head injury in a car accident, trucking accident, or another type of motor vehicle accident in Texas, contact our personal injury lawyers at Bandas Law Firm for legal help. Our law firm is located in Corpus Christi, and our attorneys may be able to help you seek financial compensation for your injuries.