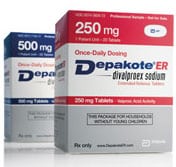 According to the findings of a new study, women who take the anticonvulsant drug Depakote (valproate) in pregnancy may give birth to children with impaired cognitive abilities. In fact, researchers from Emory University in Atlanta discovered that the IQ of children exposed to Depakote in pregnancy were seven to 10 points lower than other children at six years of age. These children also suffered reduced language skills and memory, researchers found. If your child has experienced cognitive problems like an abnormally low IQ or problems with language and memory, and you believe Abbott Laboratories’ Depakote medication to be the cause, consult our reputable Depakote attorneys at Bandas Law Firm to discuss your legal options. You may have grounds to file a lawsuit against Abbott, in order to pursue financial compensation for your child’s injuries, and our lawyers can help.

DEPAKOTE EFFECTS BELIEVED TO BE DOSE-SPECIFIC

The study, published online in The Lancet Neurology on January 22, involved 224 children, and found that children whose mothers took Depakote while pregnant had less verbal and memory abilities compared to children whose mothers took another anticonvulsant drug in pregnancy. “High doses of valproate were negatively associated with IQ, verbal ability, non-verbal ability, memory and executive function, but other antiepileptic drugs were not,” the researchers concluded. The study authors also found that the adverse effects of Depakote exposure were dose-specific, which means the more Depakote the mother took while pregnant, the worse the child’s IQ and cognitive abilities.

Depakote garnered approval from the U.S. Food and Drug Administration (FDA) in 1978 as a treatment for epilepsy, and has since become one of the most popular anticonvulsant medications on the market. Unfortunately, mounting research has identified Depakote use during pregnancy as a potential risk factor for the development of major birth defects among exposed babies, including spina bifida, neural tube defects, heart problems and skeletal malformations. In 2006, the FDA added a “black box” warning to the Depakote label, warning consumers and medical professionals about the potential risk of birth defects associated with the medication. This action came on the heels of a study that found that 20% of pregnant mothers who gave birth while on Depakote had a child with a birth defect.

In light of the risk of devastating malformations linked to Depakote use in pregnancy, Abbott Laboratories faces an increasing number of Depakote lawsuits filed on behalf of exposed children who were born with birth defects. The complaints allege that the drug maker failed to adequately warn the public about the consequences of using Depakote while pregnant. If you took Depakote during pregnancy and your child was born with a serious birth defect or malformation, don’t hesitate to protect your legal rights. Our knowledgeable lawyers at Bandas Law Firm have experience protecting the rights of consumers harmed by pharmaceutical drugs, and will work diligently to help you pursue the compensation your child deserves for his or her injuries and medical bills. With our attorneys on your side, you can hold the drug maker liable for its alleged negligence, and protect yourself and your family from further harm.