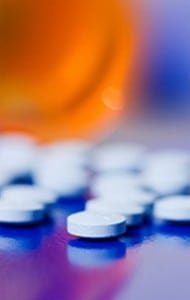 A mother from Texarkana, Texas has filed the sixth lawsuit in a litigation surrounding GlaxoSmithKline’s potent anti-nausea medication, Zofran. The six additional plaintiffs have filed their own individual claims, she says that prenatal exposure to Zofran caused her child to develop major birth defects. This mother claims that she was prescribed Zofran during early pregnancy as an “off label” treatment for morning sickness. Court documents note that Zofran has never been approved by the FDA for use during pregnancy and that the drug’s manufacturer, GlaxoSmithKline, has never “carried out a single study on the effects of this powerful drug on a pregnant mother or her growing fetus.” Pharmaceutical manufacturers are not allowed to promote drugs for unapproved uses in the United States. According to the plaintiff, almost immediately after the drug’s initial approval in 1991, GlaxoSmithKline, “launched a marketing scheme to promote Zofran to obstetricians and gynecologists as a safe treatment alternative for Morning Sickness.”

BIRTH DEFECTS FROM EXPOSURE TO ZOFRAN

After being exposed to Zofran during the first trimester, plaintiff’s daughter “was born in 2014 with numerous congenital defects.” Court documents list a number of birth defects allegedly caused by Zofran exposure including heart murmur, fluid in the brain, thickened arteries, and multiple developmental delays. According to the plaintiff, GlaxoSmithKline ignored the mounting evidence of the potential risks of Zofran, and the company has been actively concealing the link for years. The plaintiff claims that GlaxoSmithKline began receiving reports of birth defects with suspected ties to Zofran exposure, as early as 1992. Up to the present, the company has received more than 200 of these reports, she says, and the most commonly-reported abnormalities have been congenital heart defects. The plaintiff cites federal laws that require manufacturers “describe clinically significant adverse reactions” in a drug’s labeling, and claims that GlaxoSmithKline was legally obligated to include information on these birth defect reports. Her complaint notes, Zofran’s warning label has listed the same pregnancy-related information since 1993, and makes no mention of either birth defect reports or the recent epidemiological studies that have associated Zofran to major birth defect risks. If the allegations leveled against GlaxoSmithKline in Zofran birth defect lawsuits are true, any parent who was prescribed Zofran as an “off label” morning sickness treatment during early pregnancy and then gave birth to a child with congenital abnormalities may be eligible to file a claim.

In 2012, the federal government filed a lawsuit against GlaxoSmithKline, alleging that the company unlawfully marketed Zofran as a “safe and effective” treatment for the nausea and vomiting of pregnancy. In the alleged health care fraud case, the U.S Department of Justice claimed that GlaxoSmithKline had “promoted the sale and use of Zofran for a variety of conditions other than those for which it was approved as safe and effective by the FDA (including hyperemesis or pregnancy-related nausea); Made and/or disseminated unsubstantiated and/or false representations or statements about the safety and efficacy of Zofran concerning the drug’s use as a morning sickness treatment; and offered and paid illegal remuneration to health care professionals to induce them to promote and prescribe Zofran.” GlaxoSmithKline agreed to settle the government’s case for $3 billion. However, the company continues to maintain that it never promoted Zofran for use during pregnancy. Plaintiffs in at least seven Zofran birth defect lawsuits claim otherwise, insisting that GlaxoSmithKline’s alleged “off label” promotion of Zofran placed a drug with unknown, and potentially devastating, effects on fetal development directly into the hands of unsuspecting pregnant women.